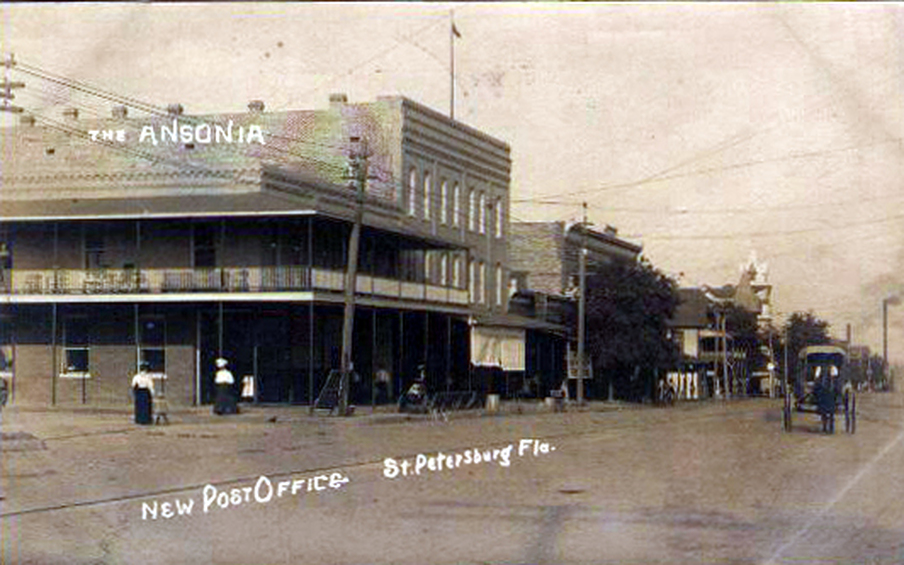 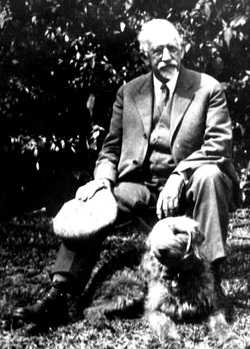 " Tomlinson has for many years been one of the most loyal, liberal and tireless boosters for the Sunshine City. He built the Fountain of Youth pier on the south side. In the early days when St. Petersburg was a struggling village, it was Mr. Tomlinson who had the faith and the vision and the courage to build and do for the city in a big way. He built the Ansonia hotel property and still owns it. He built what is now called the city hall and sold it to the city for a nominal sum; he built the manual training school and gave it to the city; he built the Episcopal church and gave it to the congregation, and he did many other noble and liberal things for the city." 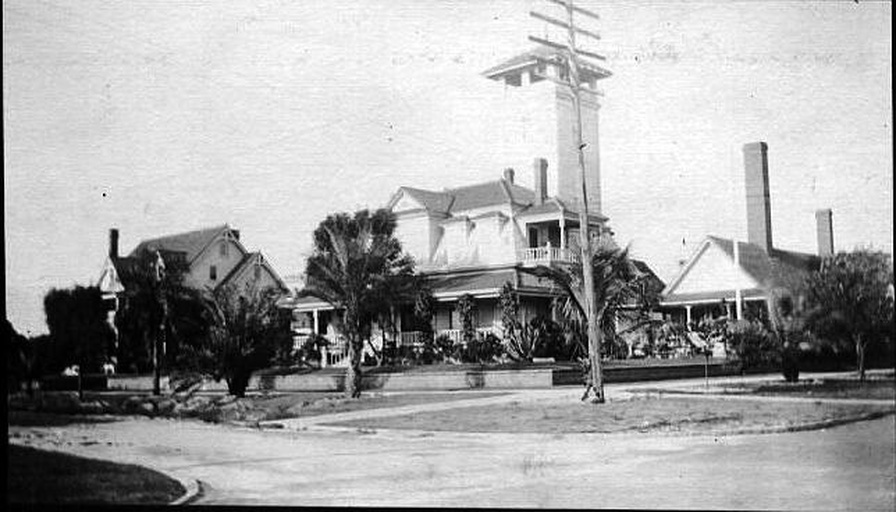 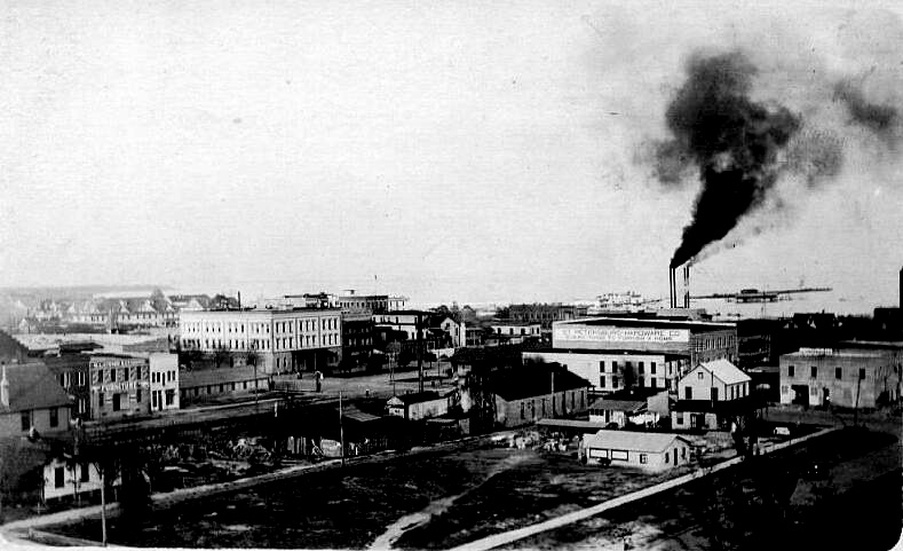 View of St. Petersburg waterfront from Mr. Tomlinson's tower which he built for Marconi to come to St. Petersburg and do radio experiments. One of three in the area, the others were on Passagrille and Tierra Verde.